Local text files are sometimes used as inputs to an EASAP via a FILE CHOICE. Extracting fresh content from these files prior to a run can provide useful user feedback and error checking. This example follows Material Property Database Example. First set up that example and then modify the Tree, below: 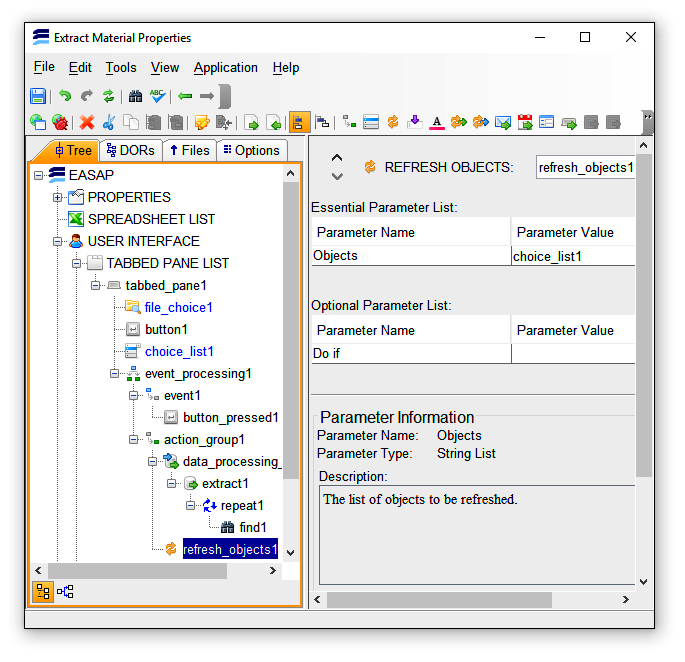 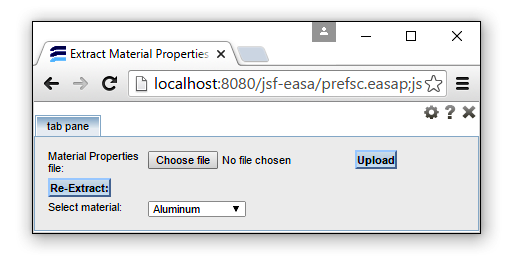 On occasions it is useful to allow an EASAP to have various states, such that different sequences of PROCESS objects run according to the state. This can be done by using a SET SCALAR object under a DATA PROCESSING ACTIONS object to set explicit scalar object values, and then setting the Run if parameters in the Process objects with logical expressions that depend on the explicit scalar values.

Placing many database READ's under a DATA PROCESSING will require them all to be read on any refresh action, such as a user clicking on the Refresh button or executing a MENU ACTION object with its Action parameter set to ‘Refresh’. This approach can be slow and result in poor EASAP responsiveness. Placing database Read objects under a DATABASE ACTION within an Actions branch will reduce the number of database reads and result in a more responsive EASAP. Additionally, it will reduce load on the database server.