You are here: EASA 5.5 » What is EASA? » Authoring Tutorials » Introductory Batch Tutorial

Any batch mode software, either in-house or commercial, can be driven by an EASAP. Here we use a batch mode program that performs a simple structural analysis of a rectangular plate. This application was written by Herbert Whitman (herbgw2@yahoo.com) and is freely available at http://www.fseas.info/.

This application is an example of a simple DOS program that does not have a graphical user interface—it is ‘command-line driven code’. To run this program as intended in its original form, open a DOS command prompt, change to the directory containing the program, and type in the name of the main executable femrctpl.exe. The user is prompted for a series of inputs, as shown in the figures below. 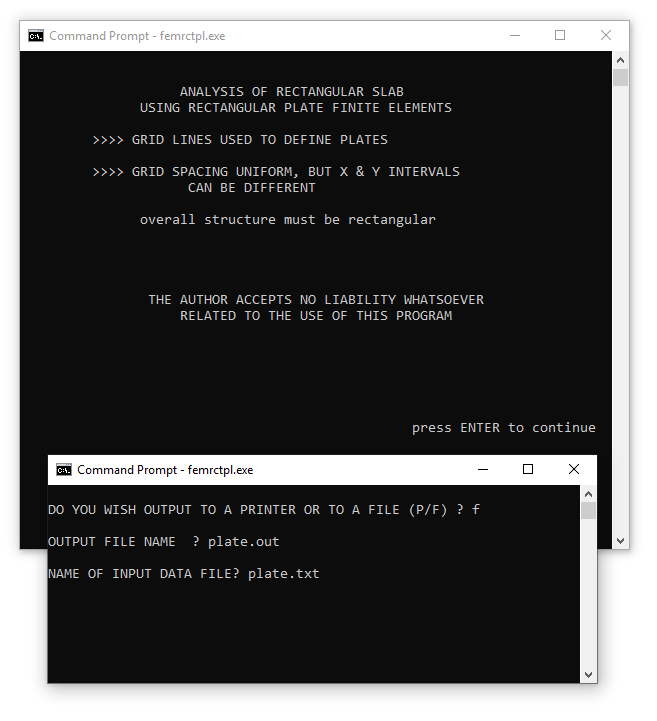 As can be seen in the above popup window, the program prompts for the name of an input data file that must be created with a text editor prior to running the program. An example of the expected form for this input data file is shown in the figure below. 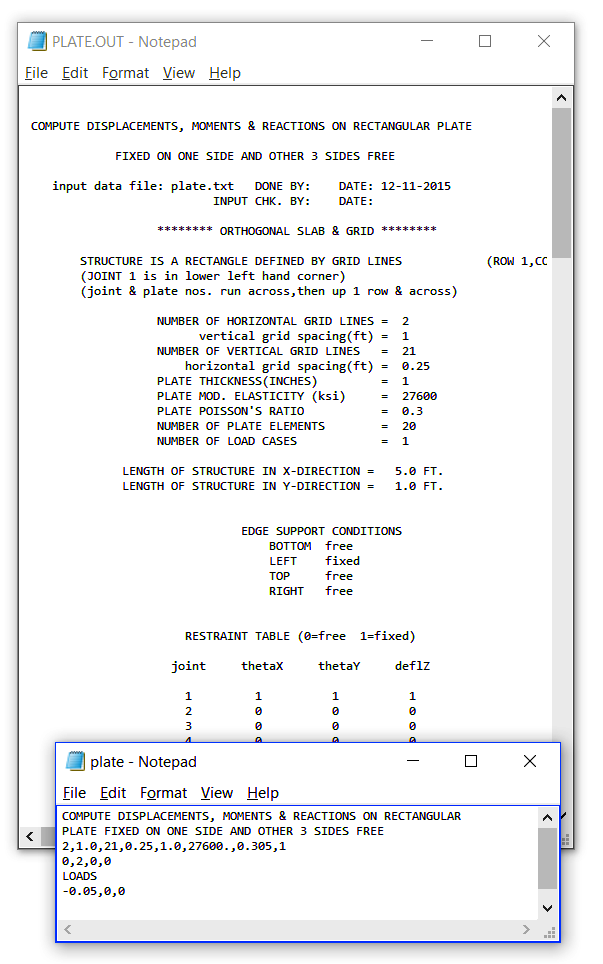