The EASA system supports the creation and operation of a web-enabled application called an EASAP→short for an EASA APPLICATION.

The functional utility of an EASAP is derived directly from pre-existing 'underlying software' which may include (among many other possibilities):

An EASAP provides a simplified and interactive web-accessible interface to the underlying software.

An EASAP will encapsulate the domain-specific expertise of a specialist and then leverage and transmit this functional knowledge in the form of a network application to a decision-maker elsewhere in an organization.

In EASA parlance the expert or specialist is given the role of Author.

A User may have less knowledge or expertise or might be restricted from accessing intellectual property within a spreadsheet. Nevertheless he or she may conduct advanced computation via a Published EASAP's user interface.

An Author creates a simplified interface that will expose to the User a subset of the functionality provided by the underlying software for various reasons.

An Author may be motivated:

Once an Author has completed development and thoroughly tested an EASAP, he or she will Publish it to the EASA Server making the functionality available to a User via a web browser.

The EASA Server manages an EASAP deployed into production; it takes care of all aspects of an EASAP's operation.

Three completed EASAP's are distributed with EASA to illustrate the development and production deployment of an EASAP.

Brief descriptions and a screen shot of each user interface are provided below. The reader is encouraged to play around with an example EASAP. Open one and examine it in the EASAP Builder, test it, and Publish it to illustrate the life cycle of an EASAP. (See Getting Started)

The Mortgage Calculator runs finance calculations in an Excel spreadsheet. 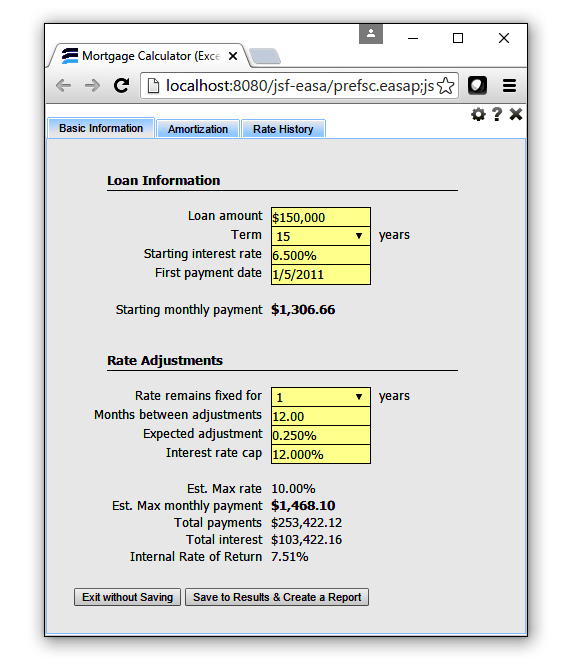 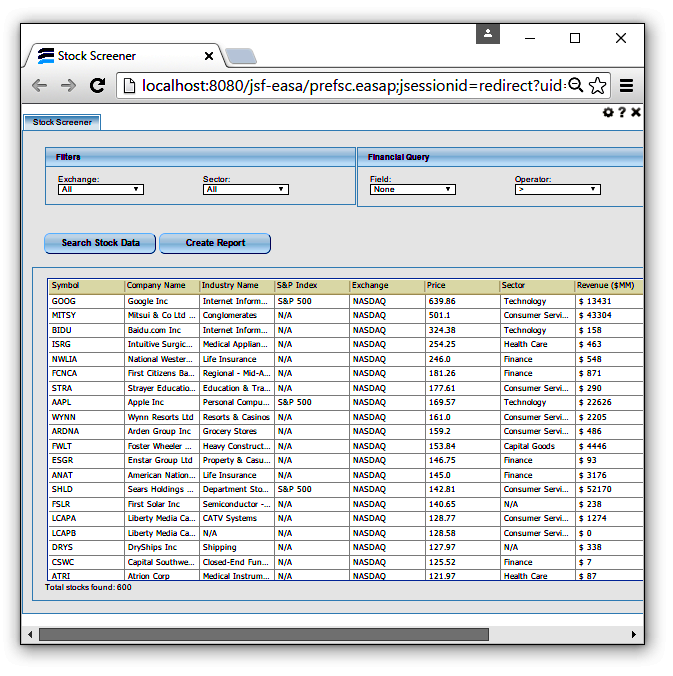 The Cantilever Plate Loading Analysis uses a Windows batch application to simulate a user-selected load on a plate with variable dimensions. 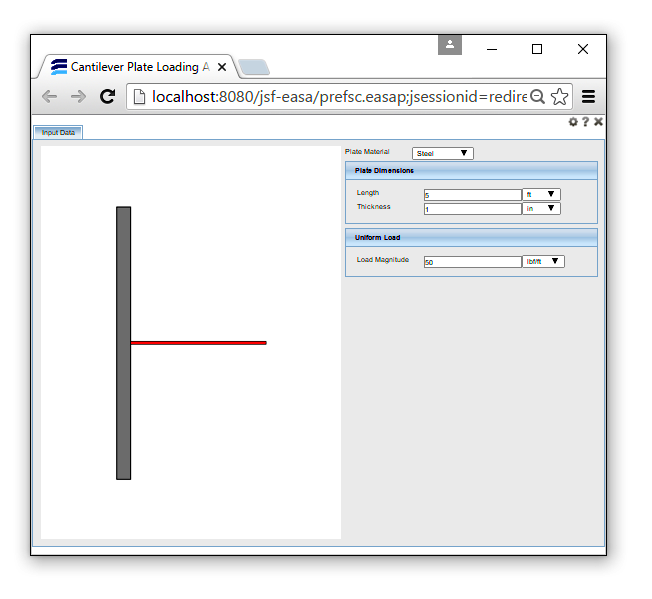